Our team of 3 photographers traveled to Houston Texas last week to photograph the Wedding of Kim & Chad.  We arrived Thursday night and after unpacking and finding some dinner, we settled in for the night since we needed to get going early.  We originally planned on scouting locations on Friday for what we call our “Creatives”.  These are images where we don’t follow the Photojournalistic approach and take the bride and groom to unique locations and capture some images that are usually geared for Wall Art.

Plans are like rules, they are meant to be broken.  A Tea Ceremony was scheduled last minute for Friday.  Traditionally the Tea Ceremony is to be held the day of the wedding, but the Wedding day schedule was pretty much already set in stone, so it was moved to Friday.  No problem, it only takes one photographer for a Tea Ceremony, so the other two of us continued with our plans to scout out locations around Downtown Houston.

Saturday morning, after Kim’s Hair and Makeup, Kim got dressed in her Traditional Vietnamese dress which she had made.  Chad also had a traditional Filipino outfit made for the occasion.  Kim looked stunning in her dress to say the least, and Chad showed style too!  Here are a few images of them in their outfits. 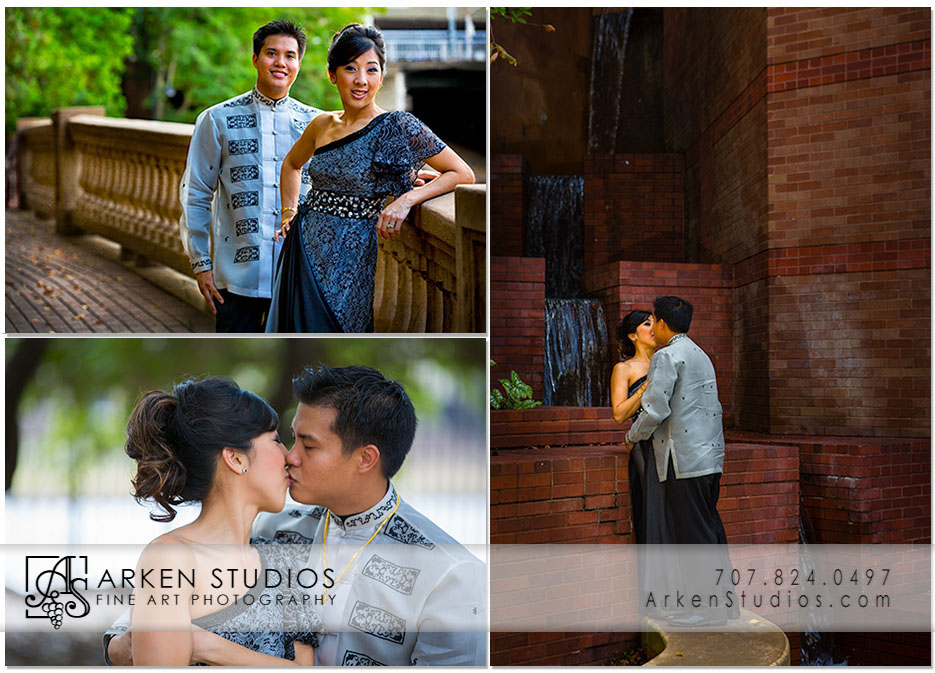 Kim and Chad in their Cultural Wedding attire.

After our play time before the Ceremony, we headed to the Church where Kim and Chad would change into their American Wedding Attire.  Here are a few images of Kim and Chad during their Church based “Getting Ready”.  I LOVE the stained glass behind Kim in the lower left image. 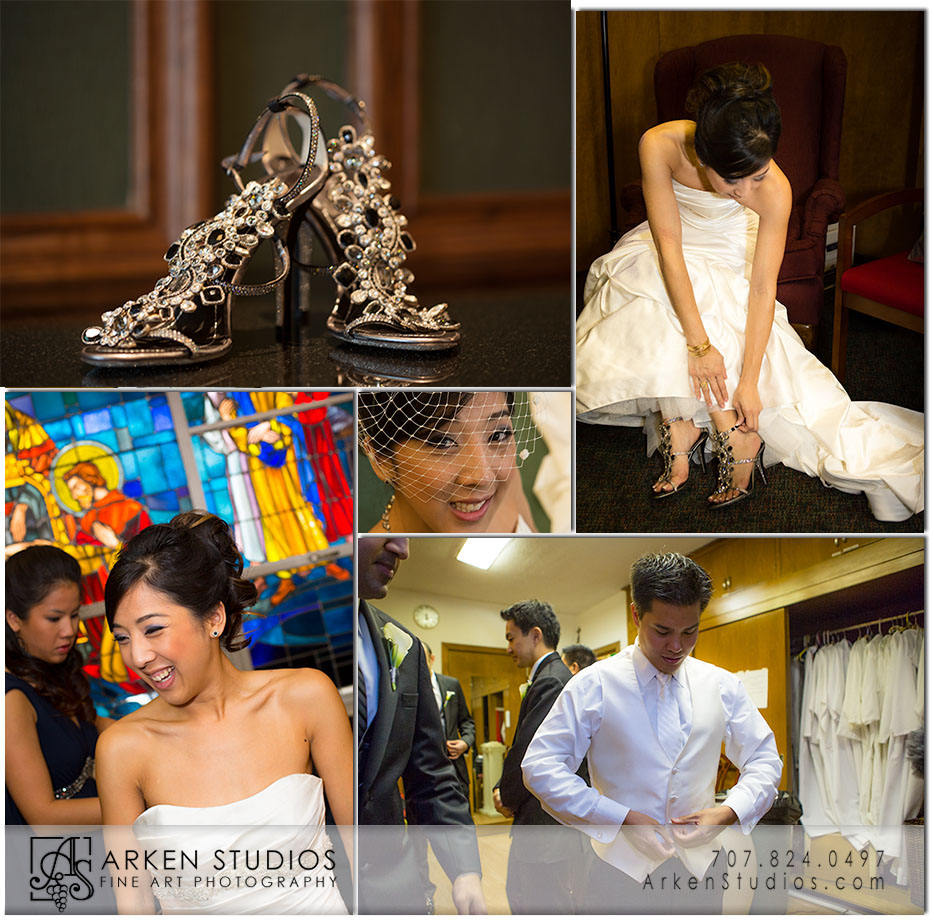 Getting ready in the Church rooms.

Kim and Chad have opted for the Traditional Full Catholic Mass.  This always allows us a lot of time for photography during the Ceremony.  The first set of images are at the beginning of the Ceremony. 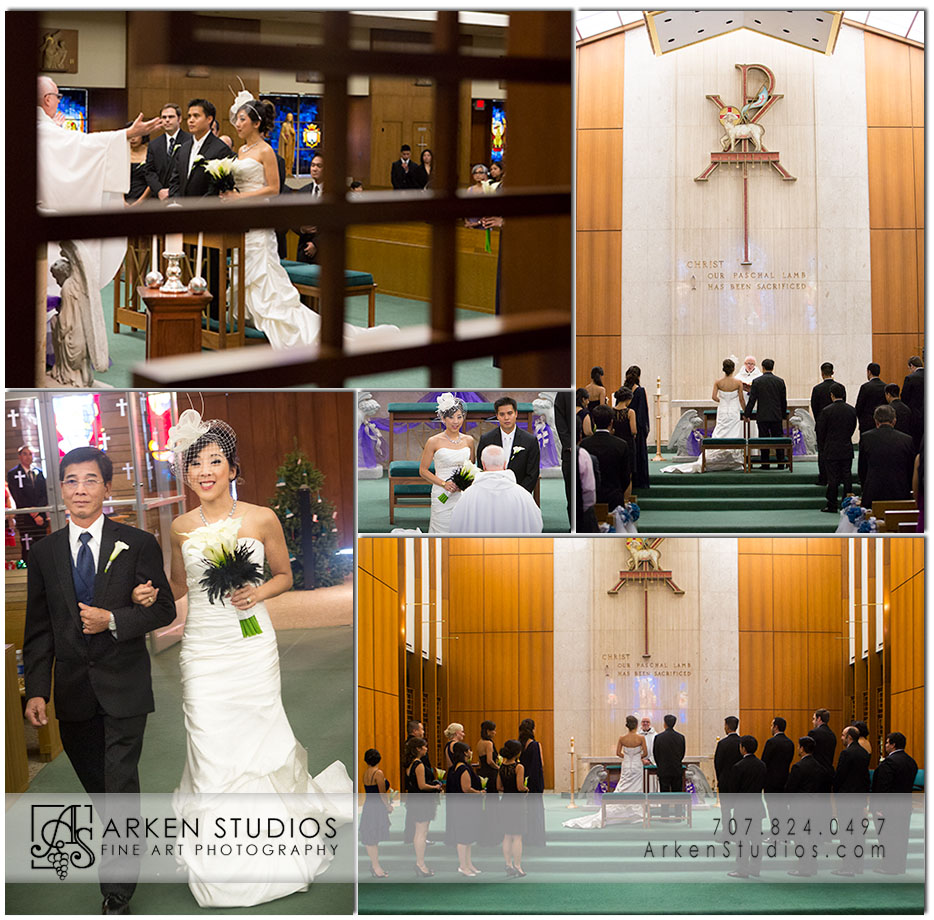 I love how the Stained Glass Window from the entrance of the church casts it’s own image on the Marble wall behind the altar. 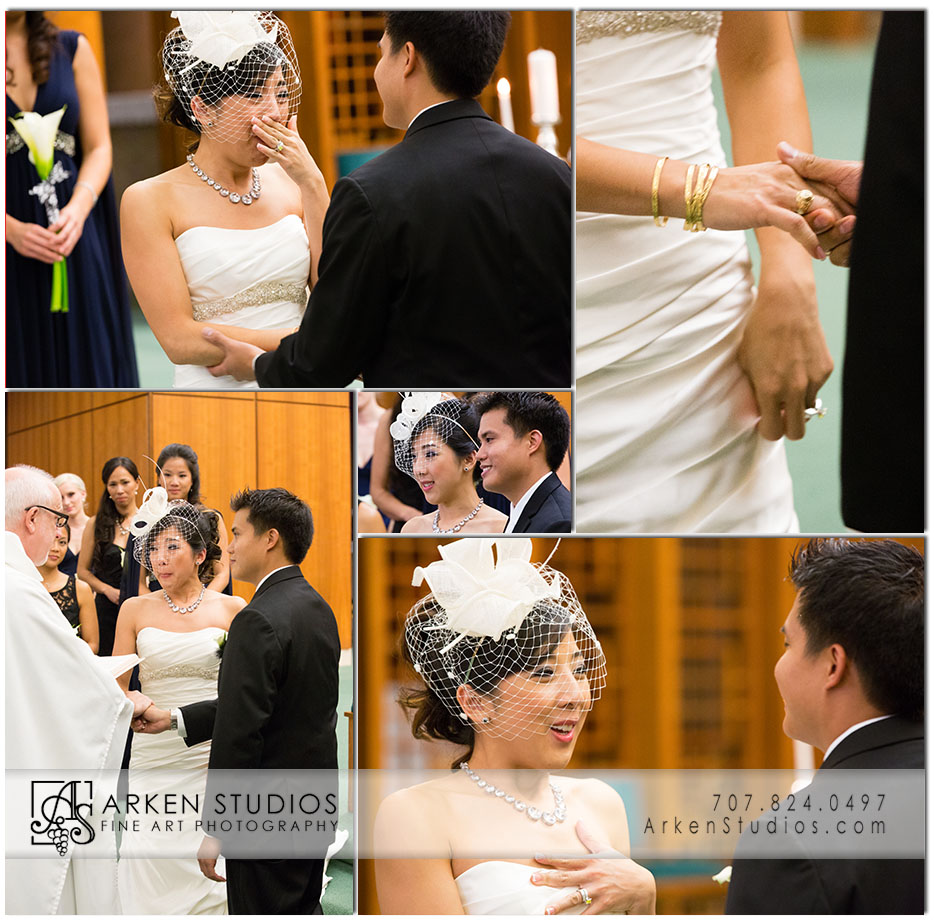 The Vows of Matrimony

In the above images, Kim gets choked up with emotion while saying her vows to Chad.  Notice his holding her hand tenderly in comfort.  Don’t you just love her “Fascinator”?

Going through these images, it dawned on me.  At what point in time does a couple actually become “Married”?  Is it the ring exchange?  The saying of the vows?  Or is it the First kiss?  Here we have the moment of the First Kiss captured by three different perspectives.  It’s great that the church allowed us access to the side for the third perspective. 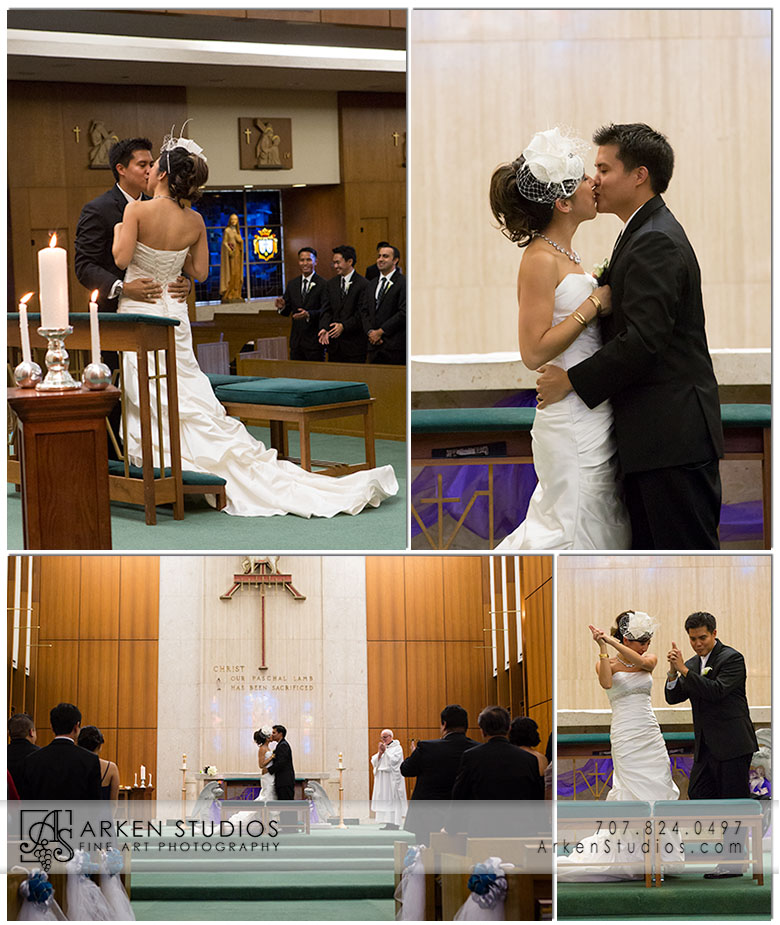 Don’t you just love that last shot?  I call it the “Locked and Loaded” pose!  The marriage was sealed with the First Kiss, then Kim and Chad are ready for action!

The Reception doesn’t start until a couple hours after the Ceremony, this allowed us time to do a bit more photography.  We stopped off at the Discovery Green, which I quickly realized must be the stopping point of every Bride in Houston.

Chad though was a bit naughty and almost got thrown in the Pokey!

For now, I will leave with a few images from the Reception – held in the lobby of Minute Maid Stadium. 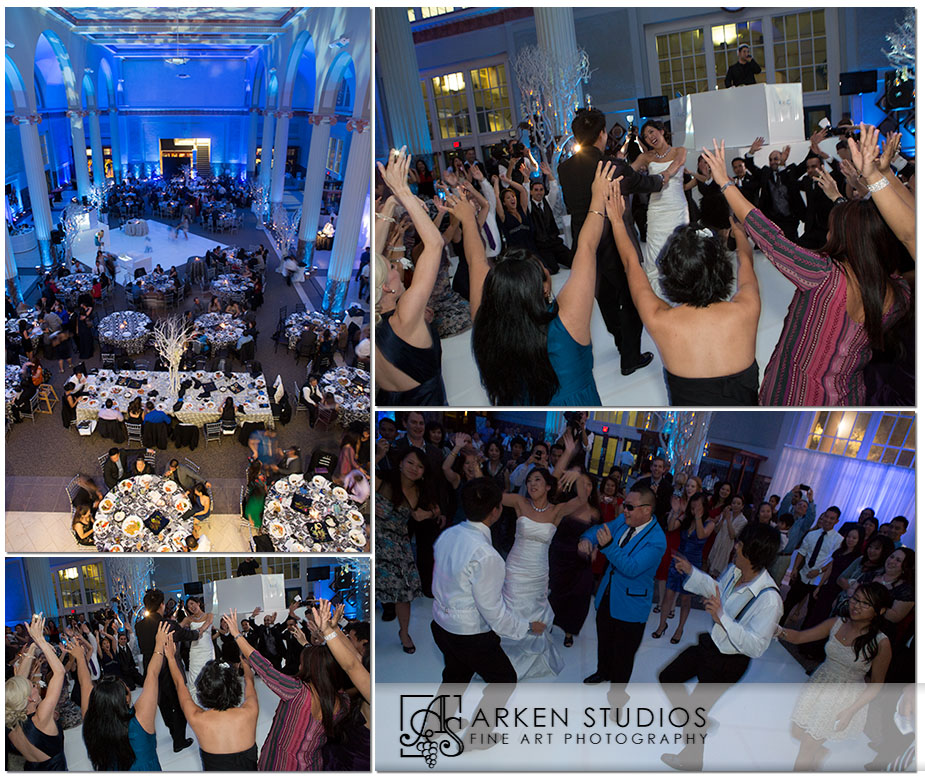